The Foxwell NT650-is listed as a scanner appropriate for all users, but in reality this is a high-quality scanner with professional-level features. This newer, upgraded version contains quite a few bells and whistles that make it worth a look, and they’ve even gone so far as to upgrade the hardware and behind-the-scenes tech as well.

This all works together to make this scanner a reliable, fast, powerful and user-friendly tool that all mechanics, regardless of experience, can use. Just give the Foxwell NT650 a try; we promise you will find something about this scanner to love!

If there’s one thing we’re going to knock about the NT650, it’s the appearance. Since we’re going to say a lot of nice things about this scanner, we might as well get this out of the way first,

There’s nothing wrong with how it looks or handles, but there’s nothing overly great about it, either. It looks pretty basic at first glance. It has a decent-sized screen which you access through the use of various keys situated on the grip. The grip itself is decent and comfortable. The unist comes in a pretty standard shop-yellow color.

So, a pretty average-looking piece of equipment. The more tech-minded out there might wish that Foxwell had sprung for advanced features like a touch screen, but they did not, instead choosing to focus on the internal working of the scanner. All in all, though, they made the right choice, as you will see.

When you first pull the scanner out, you will find that it connects to your car easily enough. However, to get the most out of this you’re also going to need to connect it to your computer. This is done easily through the provided USB cable. Software might need to download and apps might need to update, so give it a while.

It’s worth noting that this scanner will not work with Macs.

Once the update is finished you should be able to access the scanner and all of its functions easily through the provided software.

Overall, the NT 650 is incredibly functional, able to handle almost all basic and advanced tests, calibrations and resets that you could want.

Of course, the scanner can read all standard OBDII codes that your vehicle might throw at you. It can also reset those codes, analyze data in real-time and allow you to monitor performance so you can find what, exactly, might be causing those codes to appear in the first place.

For many, this is already enough, but the NT 650 does a lot more than that, as well. For example:

ABS: With this scanner you can perform full testing and diagnostics on your ABS system. Bleed the system, test the motors and solenoids and basically give your entire ABS system a run-down.

SRS: If you have had your airbag deployed, then you know it can be difficult to reset the system. The Foxwell NT 650 can do that for you, restoring the airbag system to its original condition and settings.

SAS: Use this scanner to clear and reset your steering angle sensor calibration.

EPB: After you’ve worked on your brakes, use the scanner to reset the electronic braking system safely.

DPF: For those with diesel engines, you know how important it can be to monitor particulates. This scanner can help keep you DPF system in tip-top shape.

Oil Service Light: use this scanner to reset the oil light, as well as other maintenance lights on the instrument panel.

Others: In addition to these common function, the NT 650 can also reset and calibrate other system such as the toms sensor, the fuel injector and the throttle position. You can even use it to register new batteries with the vehicle’s ECU.

The NT 650 works with dozens of make and models manufacture from 1996 onwards, including current productions as well. The functions, tests and scanning features are all laid out on an easy-to-read screen, and you can even program the function keys to get to your most-used features quickly, similar to a hotkey setup.

The NT 650 is automatically set up to work in English, but you can choose a second language as well, if that is your preference. Choose from over a dozen languages.

What’s even better is that the software is automatically updated with the latest information and updates as they’re released, so you don’t have to keep purchasing new equipment to stay in the game. 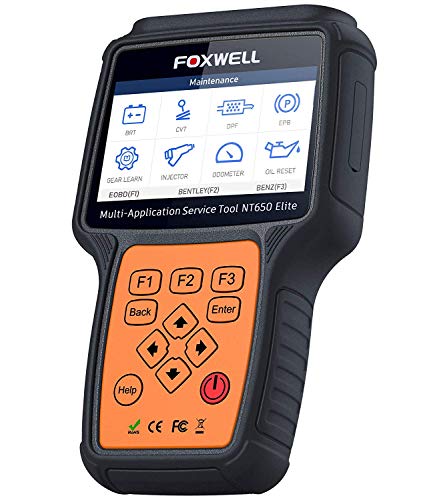 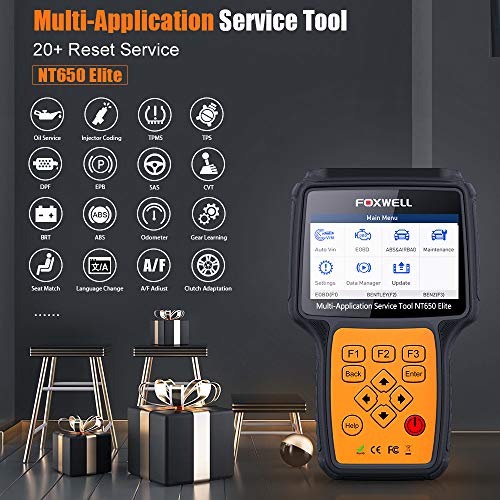 As you can see, the NT 650 packs a lot into its very small frame. You can expect that this scanner will handle just about everything you need, and with the automatic updates you should expect to be pleased with this scanner for years and years to come.