Despite the controversial Autel scanner lawsuit, Autel remains to be a premier designer and manufacturer of OBD scanning tools.

Many professionals were skeptical of adopting imported scan tools and equipment. However, Autel has never stopped improving their products. Read our Autel OBD2 scanner review.

Today, they are among the top automotive diagnostic tool manufacturers in the world. Many Autel models populate our charts of the best scan tools for home mechanics.

Mechanics and automotive repair technicians may love Autel scanners. However, Big Three car makers Ford and GM beg to differ: between 2015-2016, both manufacturers filed lawsuits against Autel for copyright infringement. The lawsuit against Autel was settled on 2016.

The crux of the issue was, per GM and Ford’s army of lawyers, Autel allegedly bypassed both car makers encrypted proprietary OBDII parts list databases, giving their scan tool customers access to diagnose systems on GM and Ford onboard vehicle computers only accessible if you bought a licensed OBDII scan tool from GM or Ford that commanded a hefty price tag.

Essentially, both car makers had locked down their vehicle’s onboard computer systems, and Autel had managed to circumvent their proprietary measures and built a scanner that could talk to Ford and GM computers without the need to pay extra for a Ford or GM compatible OBDII tool.

The lawsuit still hasn’t been settled, but copyright experts don’t anticipate the courts to rule in Ford or GM’s favor due their attempting to enforce outmoded intellectual property copyright laws that are becoming increasingly difficult to apply in the digital age. In the meantime, you can still buy Autel scan tools at more competitive price that work just fine with GM and Ford OBDII systems.

Our Take On Their Units

The current top of the line OBDII scan tool from Autel, complete with touchscreen display, Bluetooth and WiFi connectivity, and automatic software and firmware updates to keep it up to date daily with new diagnostic codes and changes to manufacturer databases.

Also, feel free to check this list of dtc codes for reference.

It also has an integrated records keeping system and can be synced to a PC for storing and printing customer readings and settings quickly and easily.

Though it shares many similarities to Autel's MaxiSys, the MS906 sports a hexa-core processor, this is also a top of the line OBDII scan and programming tool ideal for auto repair professionals.

It even has the option to punch in or scan a car’s Vehicle Identification Number (VIN) and pull up the exact make, model, and feature configuration from the manufacturer.

In addition to taking the guesswork out of what specific features a car has, it also has access to Autel’s MaxiFix online community, a site where experts and amateurs can post associated fixes and troubleshooting suggestions organized by OBDII code number.

This can be invaluable to independent shops attempting to diagnose and repair issues on new models that have only been on the market for a short time.

Another Android-based OBDII scan tool, this model includes a quad-core processor with the features of the high end MaxiSys tablet style devices, but it’s strictly a diagnostic tool without any programming/tuning capabilities.

It is still compatible with over 80 US, European, and Asian car makers OBDII codes, and uses the AutoVIN search capability to quickly figure out what you’re working with in the shop and potential known issues.

If you hook this model up to a car that’s recently had a factory recall, it will alert you to that fact thanks to its internet connectivity, and you can advise your customers accordingly or make informed decisions about maintenance and repair if you are DIY mechanic.

All in all, this is a great way to get a pro-quality diagnostic tool at DIY price.

Looking for a cost effective scan tool with a touch screen interface?

This quad-core powered OBDII scan tool is great for DIYers and shop techs who want the ability to program various systems on their vehicle, but don’t want or need features like integrated WiFi, Bluetooth connectivity, and an instant link to online troubleshooting databases.

Device software and firmware can be easily updated using an internet connected PC or Mac, and it can still use AutoVIN to pull up your vehicle’s information.

Most users who plan to use the device with their own vehicles at home will love the Autel MaxiCOM MK808.

Some techs prefer to keep a pocket-sized scan tool handy for working around the shop, and don’t necessarily like the idea lugging a heavy-duty tablet around the shop from car to car.

The ML619 may not offer wireless connectivity and instant database updates, but if you just need to pull and reset trouble codes on a car this is your best friend.

Airbag systems, ABS, and SRS systems can all be checked and reset from the palm of your hand, and the device works fast and is easy to learn.

As cost-effective pocket-sized options go, the ML619 gives you everything you need without the bulk or complications of a tablet OBDII scan tool.

A more compact version of the ML619 with live reading capability and data transfer to your PC for record keeping and performance graph printing.

It’s not as fast as the MaxiLink, but it definitely gets the job done if you want something that fits in your coveralls pocket and can be operated one-handed.

When simple is best, get an AL619 to keep handy throughout the work day.

This is an excellent choice for DIYers who are only using their diagnostic tool with the same car or cars whenever a trouble code pops up on the dashboard display.

It also lets you reset malfunction indicators and service lights after your take care of routine maintenance yourself, thus making it indispensable for the home mechanic who just wants that annoying check engine light to go away after they have made a simple repair, changed the oil or balanced out the air in all four tires. 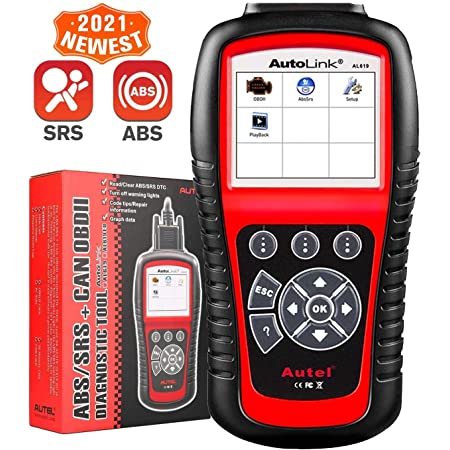 The most powerful handheld option from Autel, the MD806 has a full color display and supports more cars, diagnostic systems, and reset capabilities than any other Autel handheld scanner.

It’s a great choice for professional techs and DIYers who want additional speed and real-time data streaming during diagnosis.

It doesn’t offer wireless internet connectivity and must be manually synced via USB cable to a computer, but it runs faster and is easier to read than other Autel handhelds.

The most compact full color display pocket scan too, the AL319 offers powerful diagnostic and reset capabilities in a package small enough to slip into your hip pocket.

It’s not the fastest or most powerful scanner that Autel makes, but it’s a real workhorse for shop techs and home mechanics looking to pull and reset their manufacturer diagnostic and trouble codes quickly and easily.

No color screen needed? Not a problem with this diminutive wonder. It doesn’t offer reset capability or any other programming capabilities.

The good news? It can pull codes from just about any car made after 1996, it doesn’t need batteries to run, and the display is backlight for easy reading in low-light conditions. It’s not fancy, it’s not all that pretty, but it will get the job done if you need to check a code and don’t want to carry an OBDII scanner tablet around all day.

Limited to TPMS listed vehicles only, this scanner is perfectly serviceable for home techs but may not be a great choice for professionals at the shop.

If you know your vehicle is TPMS listed, this is a great way to get the ability to pull codes and not spend money at a shop for hooking it up to their OBDII tool and having the problem explained to you for a hefty service fee.

If your vehicle is not listed as compatible with this device though, it’s basically an inferior paperweight. Provided you can acquire the necessary information prior to purchase, this should be everything you need in a basic pocket scanner.

Autel makes great OBDII and other automotive diagnostic scan tools that won’t break that bank or include many extra features you’ll never use. Whether you work in your own garage at your home or you spend your days in a pro shop, Autel has something to suit your taste, budget and needs. Definitely check out what they have to offer before you buy your next car scan tool.

Every scanner we reviewed impressed us with its functionality and ease of use regardless of its capabilities. Give these the once over, and we’re confident you’ll be impressed, too.

Check out our store now and get your hands on some of the latest Scanner Products. 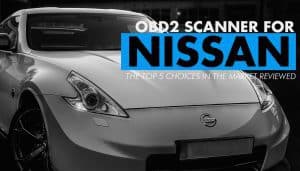 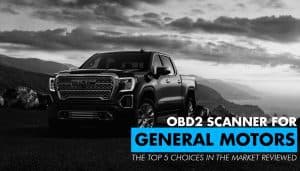