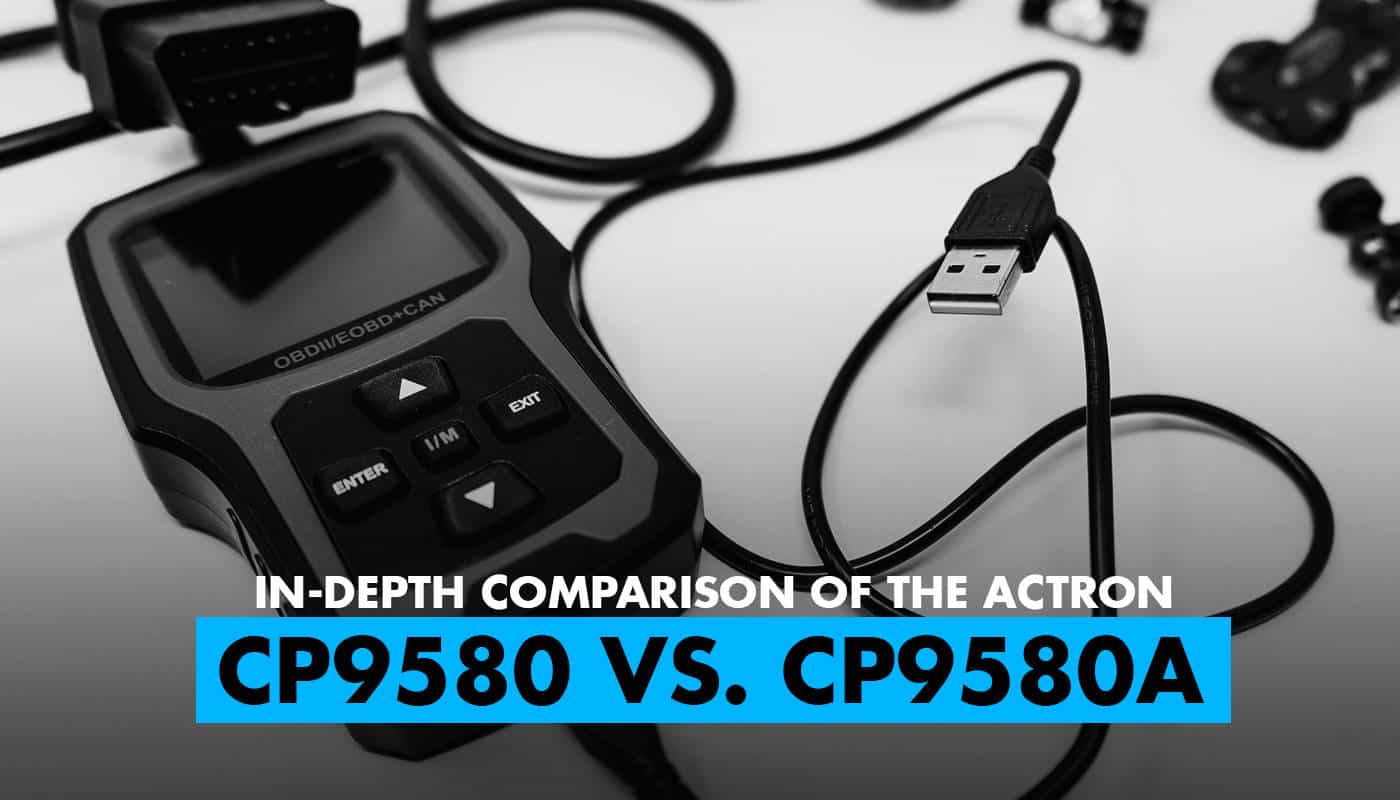 That’s why you must make an in-depth analysis of the two to determine the best code scan tool between the Actron CP9580 vs. Actron CP9580a.

When it comes to evaluating the Actron CP9580 against the CP9580a, there’s a clear winner.

The Actron CP9580a is the updated model between the two. While they feature the same size, design and overall feel, there is more capability with the upgraded unit.

For this reason, the CP9580a is the better value for your money and the ideal choice between the two OBD2 scanners.

The Actron CP9580 is a code scanner that’s been available for some time. You might have a difficult time finding it new as it’s been entirely replaced now with the Actron CP9580a.

With that said, this basic code scanner features a 2.4-inch screen size as well as the ability to read the Check Engine Light and ABS. It can also read and erase DTCs.

While the CP9580 has a full code library, you can’t export the data to a computer and it’s not compatible with OBD1. It also doesn’t offer Wi-Fi compatibility or Bluetooth. Of course, this is to be expected with a lower-budget code scanner.

Still, it offers everything needed to be a top choice as a cheap OBD2 scanner. For essential code reading and diagnostics, it has everything you need.

The updated Actron CP9580a provides many of the same functionalities as the original.

It also comes with a 2.4-inch color screen and reads the Check Engine Light plus ABS. It features a full code library, but you still can’t export the data to your computer.

It also doesn’t come with OBD1 compatibility and doesn’t have Bluetooth or Wi-Fi capability.

With that said, the updated CP9580a offers some additional functionality. It now has Asian powertrain and ABS coverage for 1996 vehicles and newer on Honda, Toyota, Nissan and Hyundai models. There is also an enhanced code request for Hyundai, Nissan, Toyota, Honda, Chrysler, Ford and GM vehicles.

The company also updated vehicle year DTC coverage to handle domestic cars to 2010, Asian vehicles to 2009 and European models to 2008. Actron even added AutoID which automatically retrieves the VIN from your car to decode it.

With the accessibility to their CodeConnect database, you also receive access to more than three million fixes. The additional live datastream also tells you how the engine is performing and provides more than 300 possible PIDs.

Comparison of the Key Features Between an Actron CP9580 & CP9580a

There are numerous similarities between the two Actron models, but also a few differences that can’t be ignored. Let’s take a closer look at the things that matter the most when choosing the right one.

The Actron CP9580a offers additional ability with plenty of updated features. You can use it to receive more codes and it works with more vehicles. Not only that, but you gain access to the CodeConnect database to help you find the best repair for your issue.

As with anything, you will pay more to receive the updated version of this code scanner. Still, the new features far outweigh the additional cost. Because of the immense versatility and added features, the Actron CP9580a is a better value.

Both the Actron CP9580 and CP9580a are the same size. They both come complete with a 2.4-inch color screen and look identical. You will find that either model is lightweight and portable, making it easy to perform your diagnostics anywhere.

Neither scanner comes with Wi-Fi or Bluetooth connectivity. While this might seem slightly cumbersome, it’s to be expected on most basic code scanner tools. To obtain this accessibility, you would need to look at one of the other Actron model options.

The biggest perk to the Actron CP9580a is the additional versatility between the CodeConnect database, live data stream and added car models it is compatible with.

These additional functions might not benefit those that want to read ESP or SRS, but it helps those that are looking for more in-depth basic functionality. You can also record and playback live engine data and utilize the trilingual menus for additional versatility.

The choice for the best OBD2 scan tool among these two models is clear.

The Actron CP9580 can’t compare to the upgraded CP9580a, which is why the older version isn’t offered anymore.

For any aspiring mechanic or established professional that requires basic scan tools, this Actron model is ideal for getting the job done.

It has plenty of compatibility to newer vehicles and offers a connection to the repair database. It might not be the largest, most comprehensive scan tool on the market, but it certainly gets the job done and comes at a reasonable price. 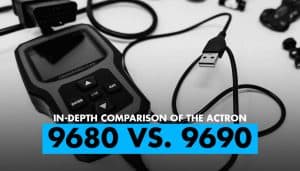 In-Depth Comparison of the Autel MS906TS vs. Autel MS908 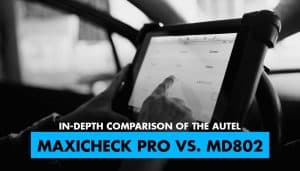 In-Depth Comparison of the Autel MaxiCheck Pro vs. Autel MD802